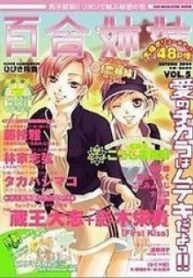 Yuri Shimai (?????, lit. Lily Sisters) was a manga anthology magazine published quarterly by Japanese publisher Sun Magazine. It was part of what still is a small niche market, with only a few manga magazines in Japan that specializes in the yuri genre. The magazine also contained one-shots and light novels. The anthology was discontinued in February 2005 before the sixth volume was published. It was revived as Comic Yuri Hime by Ichijinsha in July 2005, with many of the same manga authors returning. The magazine’s cover illustrations were done by Reine Hibiki, the illustrator of the yuri light novel series Maria-sama ga Miteru.