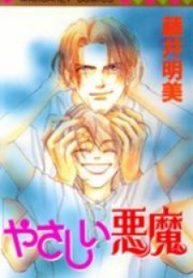 From Beyond the Sky:
Tohko and Wataru were childhood friends. Wataru was rather wimpy so Tohko always had to protect him from bullies. Then he and his family moved away to Germany, and they lost touch with each other.
Years later, Wataru returns to Japan alone for his first year of high school, when Tohko is in her second year of high school.
However he’s completely different from what he was like before, having grown extremely tall for his age and much more pushy and aggressive. Tohko is bossed around by him all the time, and even ends up having to make lunch for him everyday, but she doesn’t know how to deal with the “new” Wataru. Although he seemed like an angel to her when they were kids, now she sees him as a demon.