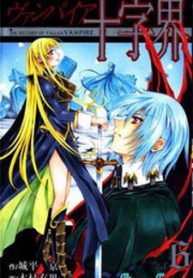 Thousands of years ago, Vampire King Akabara “Red Rose” Strauss lost both his kingdom and his queen. Since humans were unable to kill the queen, they sealed her away, erecting thousands of fake seals so that the king would never find her true location. Despite being pursued by relentless dhampires, Akabara continues to search for his queen to this day… Akabara’s quest takes a sinister turn when an entity called the Black Swan appears. The Black Swan inhabits the body of a young human girl every 50 years, giving her the power to destroy the Vampire King and his queen. With each incarnation the Black Swan grows stronger–will the 49th Black Swan mean the end of Akabara?