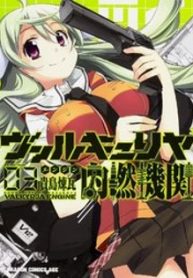 Half a century ago, the human race was attacked by an enemy from the sea known as the AUS. When Reiji Shiroyama was little, he was unable to protect his sister from the AUS because the gun he tried firing jammed. Since then, Reiji refuses to trust guns and only trusts his fists.