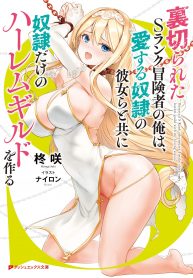 N/A, it has 8 monthly views

Egil, an S-rank adventurer who has lived hateful of “slave”, falls in love with one slave at a slave auction he was forced to bring.
She was Eleanor, the former third princess of the Kingdom of Cornelia.
Eleanor, a slave to Egil, begs Egil to “kill my childhood friend who sold me to a slave trader”! !!
Keep an eye on the estrus slaves if there is a chance! Can Egil rescue the body and mind of beautiful girl slaves and bring peace to this world …!

Shirayukihime To 7-Nin No Shuujin