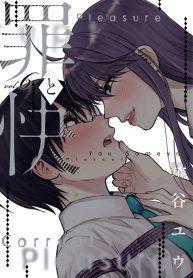 Zen is having a hard time living up to his parents’ expectations. And in Japan, when you are not admitted into a top school, then your chances at a stable future are tenuous at best. It’s as if he is metaphorically tied to something he wishes to avoid.