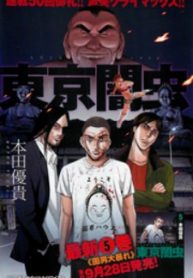 Katou Ryou owes a lot of money that he has no way of repaying. When he’s violently kidnapped by thugs, he is terrified that they’re finally going to kill him. To his surprise, he is offered a chance to live…by becoming an underling in an organized crime gang. Relieved to have escaped death and impressed by his handler — the cool and competent Asamura — Katou rises to the challenge. Now it’s sink or swim as the young man embraces this new phase of his life!