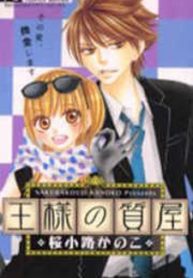 Amy alway falls for the wrong guys, and she is bad at judging guys. First, her first crush makes her into a slave, secondly, when she confess to a guy, he practically pushed her down, and finally she was cheated by her former boyfriend. Is working with Shuu in his pawnshop to become better in judging men a right choice?
Amy is bad at judging guys, so she falls in love with the wrong ones. Her first crush made her into his slave. When she confessed to her second crush, he pushed her away. And her former boyfriend was cheating on her. One day she finds a pawnshop where a man named Shuu works. She decides to become an employee there so she can judge things better. Will it help? Read The King’s Pawnshop to find out. ~LB