The Descent of the Demonic Master 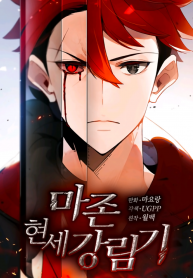 The first life. After a tragic accident losing his family and legs, he ends his own life. The second life. He earned fame as the Red Demonic Master in Zhongyuan, but was betrayed by the man he trusted the most. And now comes his third life. In his life back in the modern world, Gang Jinho decides to live a normal life… However, he was too used to the Zhongyuan life to become a normal person! ‘I wanted to live peacefully. But you are the ones who started it. I hope you’re prepared for this.’ In front of the threats of his new life, can Gang Jinho shake off his impulses as the Red Demonic Master and obtain the ‘normal life’ he desires?