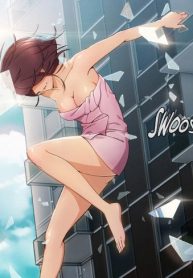 Things seem to be going well between Yoomin and his longtime crush, Seula, the hottest girl in school. But she’s only playing nice and actually has a twisted agenda in mind. As if that’s not complicated enough, a blast from Yoomin’s past is trying to get in his pants by using any means necessary (including jumping out of a motel window to chase him down the street). Don’t let pretty looks fool you—these ladies are sweet but psycho.

The Woman Next Door