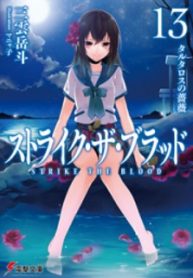 From Autumn Scans: The fourth primogenitor – is the strongest vampire who exists only in the world of legends; yet when this masters the 12 kenju, the spread of the catastrophe of the vampires will appear in Japan. In order to spy on and erase this, “fourth primogenitor,” the government-owned Lion organization has decided to send an attacking magician, “sword shaman” to complete the task. Yet unknowingly, the one who was selected to spy was actually a trainee “sword shaman” girl – Himeragi Yukina.

Kabe No Hana: Hishoyaka Na Shoka No Yoru No