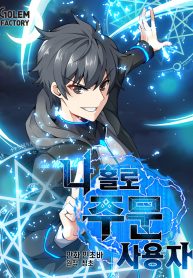 The ordinary salaryman Park Do-hyuk, finally got the
awakening he had always wished for in a life or death situation!
Unbelievably, the memories and experiences from the game he spent
his entire life in his twenties playing became these powers of awakening!
What’s more, it was a 1 in a billion ‘Triple Awakening’!
The player Park Do-hyuk’s journey picks up now,
as he aims to reach the world’s peak.

Psycho-Pass Sinners Of The System Case 1 – Crime And Punishment

Listen Carefully To Your Sound