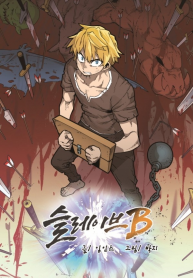 This is a world whose peace was destroyed by the Shadow Lord, ‘Secneum’. ‘Niro’ is a half-elf, half-human boy who lost his parents as a baby and was adopted by a slave couple. In this world, slaves are not treated as humans. Since Niro’s adoptive parents are slaves, they are mistreated and eventually lose their lives. Now Niro is alone once more, and must shoulder the burdens of his family and do whatever is takes to protect his two younger siblings. If Niro wants to escape this fate, there is only one thing he can do. He must graduate from the academy, ‘Excanum’ just like the current Emperor, ‘Muren’ who was once a slave!

Tsuki Ni Kiss No Hanataba Wo