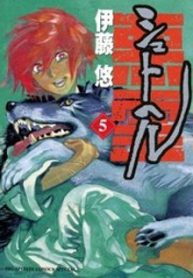 Sudou, a young man who keeps having these vivid dreams of bloody battles is approached by Susuki, a shy and quiet girl. When Susuki comes to Sudou’s apartment she plays an instrument of his and Sudou is transported to the year 1209, a time where he is a woman named Shut Hell and Susuki is Yurul, a mongol prince.
The story takes place in the early 13th century. Genghis Khan has united the Mongolian clans and is strengthening his forces to end the Western Xia dynasty. Our heroine is a Xia soldier, feared by the Mongols and called ‘the Evil One (Shut Hell)’ . She, along with Yurul, Genghis Khan’s unknown son, strive to preserve Xia’s culture and writing.
Shuto Heru won16th Tezuka Osamu Prizes 2012 (New Creator Prize).