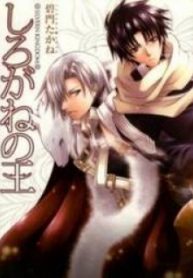 A lone mercenary traveling in a foreign land is forced to participate in a street brawl, fighting back-to-back with a gun-toting man wearing a pelt around his shoulders. When they emerge from the attack unscathed, the man orders him to become his bodyguard.
Only then does the mercenary-turned-bodyguard learn a surprising fact – this spirited fighter is the King; and between near-daily assassination attempts and His Majesty’s obvious disdain for him, his life at the palace is not an easy one.
But eventually, the bodyguard begins to realize that there is a reason behind the King’s arrogant demeanour – one which he becomes determined to find out. Still… how can he protect a man who doesn’t want to be protected?

A Demon That Does Not Say His Name