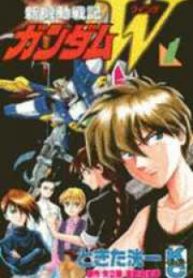 From Tokyopop:
After a generation of warfare, the Gundam boys finally secured a peace between Earth and the colonies by helping to defeat the Oz and White Fang armies. Now, out of the rubble, the surviving soldiers are re-emerging and clustering together into new factions. Hero Yuy has become a vigilante pacifist, tracking down weapons stashes and destroying them, while Relena, former Queen of the Earth Sphere, tries to maintain the peace politically. But an unmanned weapons factory has been discovered somewhere near Mars, and now the boys are going to have to dust off their mechs for one more battle to save the tenuous peace.