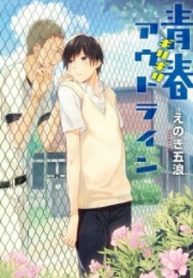 With a deep gaze, Oshima received a confession of “I love you!!” from his classmate, Hiyama.

And naturally, astounded by his confession, Oshima rejected him as he didn’t believe love between men and that made Hiyama became discouraged.

Trying to face with an earnest feeling, he’s immediately became interested in Hiyama. However, Oshima can’t be honest with himself… Are they friends? Or lovers? Be that as it may, both of their relationship will change!!