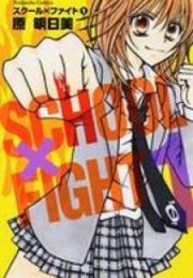 Mirai is willing to fight to defend others. One day she defeats some thugs attacking Ryo, the idol of her school and is moved up to class 1, the top class, from the normal class 3. After defending a girl from class 0, the lowest class, from the arrogant members of class 1, she says that she wants out of the two-faced class 1. She is not only kicked out of class 1, but down graded to class 0, with the girl she defended and a mysterious black-haired boy she met earlier. The real fight begins now!