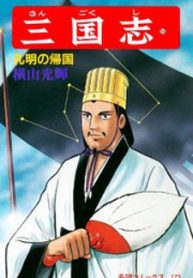 From the story “Romance of the Three Kingdoms”
It was during the final days of the year 200 AD, when the Han dynasty saw its end. Its demise ushered in a new era of chaos, brought on by several regional lords vying to rule China. There were those who sought absolute power as well as those who fought for justice. Some simply fought for the sake of their beliefs. Many would rise and fall in their attempts to dominate the land… and here are their stories.