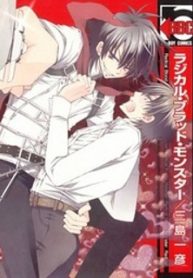 From Girls’ Generation Scanlations:
Sagara Yuichi is an aspiring writer who was caught in a convenience store robbery. Despite having the chance to escape, he lingered to gain writers experience, and ended up getting stabbed. During his last breath, a strange guy appeared claiming it was fate. A few hours later he awakens and finds himself sleeping naked next to that strange guy. Then that strange guy tells him that his blood is “S-Class” and that he’s going to be Yuichi’s lifetime “partner”. Will the pragmatic novelist be able to wrap his mind around all this…?!

2 Kaime No Hajimete No Koi