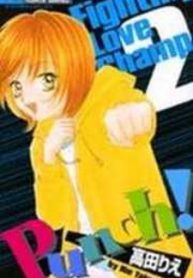 Her mother was a wrestling champion, her father a lightweight world boxing champion, her grandfather the first Japanese to become the world champion of Muay Thai kick boxing–but high school girl Elle doesn’t want to fight! She just wants a normal life, but is it possible with such a violent family history? *Also contains two other oneshots in volume 3: • Nandemo Ari sa (Anything Goes) • Hibari Telepathy: Hibari Kataoka is a tomboyish girl in love with the hottest MVP basketball player Sora Migumo but they don’t seems to get along well. {From:Silvermagic} Everyone in Elle’s family is a fighter A World Wrestling Champion mother,a lightweight World Boxing Champion father, and to finish it off the first Japanese World Champion of Muay Thai kick boxing is her grandfather. Her only connection to the fighting world is her job at her grandfather’s gym, which she could be less interested in. She’s sick of fighting and wants nothing to do with it.All Elle wants is to be a normal girl with a normal boyfriend , but grandpa’s fighters ( including her finance) keep chasing them away. One day, she falls for a Shindou Kazuki.Will finally she give it her all and fight back?Read to find out.

Turn A Gundam – Tsuki No Kaze