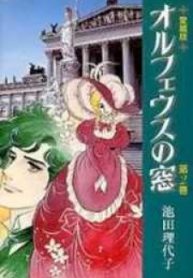 From Storm in Heaven:The story begins in Europe, during the first years of the XX century. On a background of intrigues, machinations and a Europe that is going strait toward World War I, three kids meet at a strict conservatory in Germany. Julius met Isaac at the famous Orpheus’ Window and later in another event met Klaus there. The legend told that two lovers met at Orpheus’ Window would end in unhappiness. But Julius met two different persons, and they didn’t know Julius’ secret. In fact, Julius is a woman who’s forced to dress up and pretend to be a guy. But she isn’t the only one who has secrets. Klaus, for example, is Russian. Is he a communist spy? Then the whirlwind of fate began.

Iro Wo Mo Kaori Wo Mo