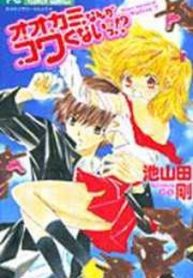 Honda Moe just transferred to Todo Gakuen, but no one bothered telling her she’d be the only girl student! Lucky for her, Himuro Kyo, her childhood playmate, is also in her class. But why’s he being such a jerk and pretending he doesn’t know her? Moe’s gotta be creative and use her wits if she wants to survive the new schoolyear with her virtue intact. Who’s gonna protect the lone princess, from a school full of wolves?
Oh! by the way, ” Ookami Nanka Kowaikunai!? ” means: I’m Not Afraid of Wolves!Who said I’m Afraid of Wolves!?
in english
note:
If you like this, go check out the other!
The sequel for this manga is called Valentine Nanka Kowakunai!? It’s good.
Read this manga from right to left