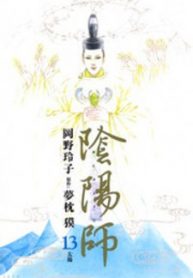 The manga and the movies of the same name are both based on the Onmyouji novels by well known Japanese science fiction writer Yumemakura Baku.
All three concern the adventures of Abe no Seimei, an onmyouji (magician) serving the imperial court during the Heian period and his friend nobleman Minamoto no Hiromasa. Both men are historical figures who appear in various sets of tales. Many of the early chapters of the manga closely follow stories in the Konjaku Monogatari or Uji Shui Monogatari.
Note: Won the Tezuka Osamu Cultural Grand Prize in 1997 and the Seiun Award for best comic of the year in 2006.

He Loves You (Yanai Wakana)