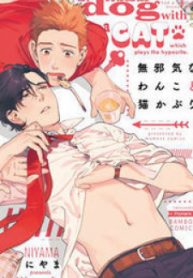 Yagi Naohito has a fear of being hated, so he always acts according to everyone’s ideals.
With that mindset, he was half-jokingly labeled “A coward” by Akasaka Tooru – a guy whom he met at a mixer that his friend half forcefully brought him along.
After being overwhelmed by the young man on their way home, Yagi didn’t think that they’d end up meeting again a few days later. As a help to Akasaka who’d just lost his home and was at his wit’s end, they started living together. The man was supposed to be nothing but a burden but without noticing, he gradually become someone who Yagi could rely on..?