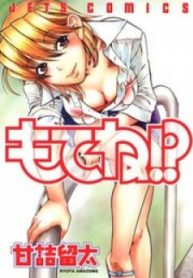 Kudou Yuusuke has to deal with the most annoying childhood friend in the world. She’s Miyauchi Misao, and she wakes him up every morning, hangs all over him all the time, and generally follows him around like a loyal puppy. It’s started to get a bit awkward now that they’re in high school, and she’s a bit more… womanly… than she was when they were children. Everyone at school just assumes they’re dating, so it’s killing Yuusuke’s chances with the ladies.One day Yuusuke has a shock waiting for him; Misao has gotten engaged! She says that she’s set to be married in spring, but she seems comfortable hanging all over Yuusuke in the meantime. The unfamiliar jealousy that the news has awoken in Yuusuke has spurred him on to making his own plans. He’s going to try to become popular, and get a girlfriend, before Misao gets married in the spring!