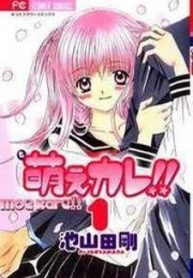 –Baka Updates
Wakamiya Hikaru is a 15 year old teenager who read Shoujo mangas all the time. She wants a boyfriend that’ll protect her and be her prince, just like in the mangas. One day… she gets into a tough situation and she was saved by a handsome boy. In return for saving her, she gets kissed by the boy who she calls the “Perverted Prince.” Later on, she finds a guy who looks exactly like him, but has different eyes? What’s going on?
At last, who will she choose to be with? The “Perverted Prince” or the other guy that looks just like him but different colored eyes…? There is a love triangle going on…!