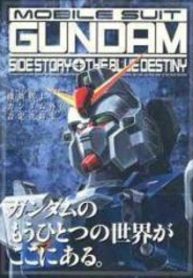 Robotic armed freedom fighters fight for Earth’s future in this intergalactic tale of the pursuit of freedom. After Earth’s overpopulation sends humans offworld to live in space stations, they are abused by the controlling power — the Earth Federation government. Colonists form the Zeon Dukedom to resolve their disputes and wage the One Year War for independence. For over 20 years, the world of Gundam has reigned over all other mecha anime and manga series. Mobile Suit Gundam: Blue Destiny continues the Gundam legacy with the adventures of Federal Forces second lieutenant Yu Kajima and his special unit of mobile suits.