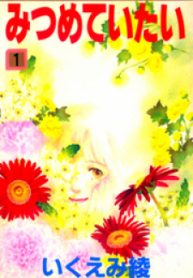 みつめていたい ; I Want to Keep Gazing at You

Machiko should be floating on cloud nine. She’s snagged the most popular guy in her grade and she’s finally been able to form a close friendship with someone in her class for the first time in her life. But things aren’t so simple—the other girls in the class are quick to accuse her of not being serious about her new boyfriend, and bad rumors are starting to spread around the school about her.
So when she meets Takaya, a rebellious teenager who’s the same grade as her younger sister, she can’t help but be drawn to him, and he seems equally attracted to her. Who will she choose?