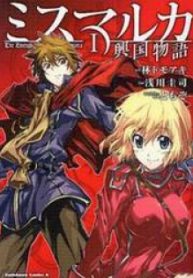 Mahiro is the prince of the Mismarca Kingdom, he won’t study nor learn sword skills, he is a lazy prince who only plays until late night. His Imperial Bodyguard Pariel would always scold him for his behaviour. And towards that Mismarca Kingdom an elite squad from the Demonic Kingdom Granmarsenal is aproaching. The Leader of the squad is Lunas, a warrior princess, the third Princess of Granmarsenal. All of Mismarca’s vassals voiced their will to fight and bring all-out war, although there is a man who said cowardly “Why don’t we have a talk with them?”. What kind of fate awaits the Mismarca Kingdom and its useless Prince, Mahiro?