Me And The Devil Blues 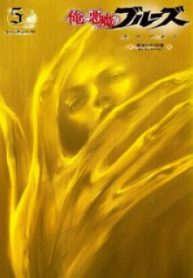 Ore to Akuma no Blues

Robert Johnson did not invent the blues, he merely refined it with such skill that he became the most famous and influential delta blues singer in history. There is a well-known legend he gained his skill by selling his soul to the Devil at a lonesome crossroads late at night. This manga is an account of his life that doesn’t intend to be historically accurate.
Note – This series was discontinued at 4 volumes.