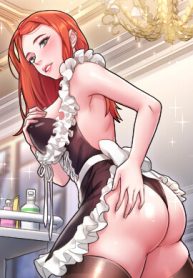 A man hires a maid to take care of his son who is currently in a coma.
But, soon she is asked to leave the house.