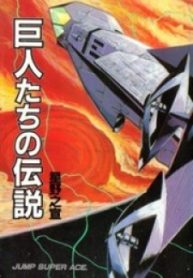 A collection of sci-fi short stories.
1) Legend of Giants:
A sci-fi drama about humans, inspired by Prometheus, struggling against their given fate by using fire to end the ice age.
2) Icarus Asteroid:
A sci-fi drama about a smog-covered world and a daring plan to transmit enough energy from the Sun so humanity can survive.
3) Horizon Patrol:
A sci-fi action/comedy about a futuristic Earth covered by a sprawling mess of highways, and two loose-cannon officers who help keep the roads safe.

Fire Emblem If: Crown Of Nibelung