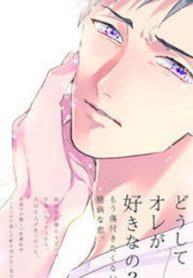 Includes also oneshot: “Hi Manyuaru Ren Ai”:
Akio suffers because of the harsh words that the man that left him used ‘If you only were a woman, it would be a lot better.’ Asking himself ‘Why did you say something like that?’ He runs into a friend in a bar, who also was left by his partner. They’re both uke, but they try to do it anyway. Could it be that one of them has an interior seme? What will happen?