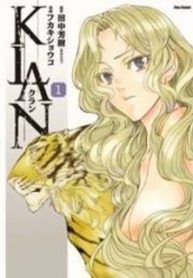 In ancient times, at a lake somewhere in the middle of Eurasia, lived people (??????) with the ability to transform into animals. But soon internal quarrels forced the population apart into four tribes, which then scattered all over the world. Their descendants prospered, including a certain Hidaka, a high school student who would be completely unremarkable if not for his unnatural appetite.
However, a British aristocrat, Earl Linford, wishes to subjugate all clans by establishing the supremacy of his own blood. For he can, after all, transform into a lion, the king of the animal reign.
That is when Renée, a young woman who can turn into a beautiful wolf, enters the picture and endeavors to return Hidaka to his roots.