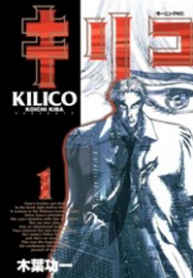 Story: Detective Akira Yusa sees his brother Shinichi killed before his very eyes. He spots a young girl, Kilico Sakaki, at the scene of the crime and instinctively knows that she did it. After a bloody fight, Akira arrests her. Trained as a professional assassin by her stepfather, Toshio Sakaki, in everyday life, Kilico acts like an ordinary college student. Her arrest is treated as a mistake when she manages to hide all evidence of Shinichi’s murder. Akira’s subsequent investigation of Kilico runs into difficulty when he finds that it’s too big for a police detective to handle. Her encounter with Akira makes Kilico remember her terrible past and have doubts about being an assassin. Kilico goes to Taiwan to train as a jewel connoisseur, the Sakaki family’s legitimate business, behind which they hide all their illegitimate business. Fired for taking his investigation too far, Akira follows Kilico to Taiwan. The two meet again and become very close, as they get involved in the internal conflicts within the Tenrenban gang, Taiwan’s biggest Mafia group.