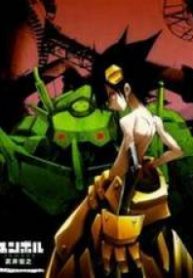 The sequel to the Juuki Ningen Jumbor manga under the new name Jumbor. This manga takes place about 300 years in the future from the original series. Serialization begins in summer 2010.
MIUE Yuma wrote the story for the first oneshot.
MIKAMI Hiromasa helped with the manga for the second oneshot.