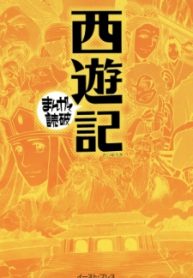 Son Goku, who used his powers to wreak havoc in the heavenly kingdom. And he was imprisoned underneath the Five Elements mountain by the Buddha. After 500 years, Son Goku was released by Genjo, a monk in the Tang Dynasty, and became an apprentice of Genjo. A comic of an exciting fantasy novel in China that has been loved and loved over the ages!!