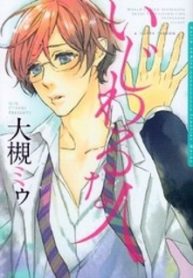 From hazukashiikedo:
There are six stories in all, not including the the extra chapters.
1. A Nasty Person
About a young man who falls in love with his seemingly innocent, cute teacher and somehow winds up in a sexual relationship with him.
2. World’s End Supernova
About a not-so-intelligent rich kid whose father tells him the world is going to end that night so he rushes out and begs the senpai he’s in love with to have sex with him.
3. Amai Yuuwaku
A cute slice-of-life plot about two men who’re already in an established relationship.
4. Line
Shima and Nobunaga have been together for 10 years. Though they surpassed several trials through their relationship, why is it that Shima still feels insecure?
– Cosmique Scans
5. Evergreen
Two high schoolers frustrated due to bad communication skills and lacking confidence.
6. Oto mo Naku
Deals with two young college men who become good friends even though they’re extremely different—that is, until one of them ends up wanting more.

Before I Close My Eyes