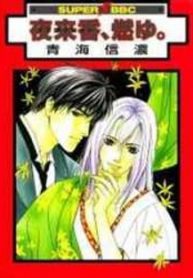 From Fifay.net:
The story took place after the 1st World War (the Great War) and prior to the 2nd World War. The heir of a rich viscount was falling in love with a magazine reporter. The “heir boy” died in a house fire. Seven years later, the reporter found his “dead” lover, now a high profile male prostitute. Together, they fell into the darkness of political scandals and human smugglings.