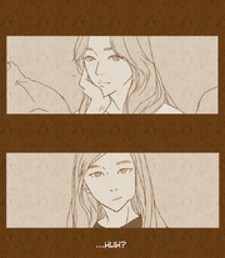 [From JanimeS]
There are six main characters, 3 men and 3 women. The three women are sisters.
In order to understand this story a little better, I am going to explain a background that is surfaced on the last volume.
There were three young men. They had a plan to build a company and develop it to be the best. Luck was on their side and everything was going well until one of them decided to drop out and create a new company. He did so because he wanted to build a computer company, but the company they built was going to another direction. His business was going well first. But his company eventually went to bankrupt. He visited his two ex-business partners and asked for help. However, he was faced with a dreading fact that they were also developing high-tech market. He eventually committed suicide due to stress from lone collectors. He had a son, Sin Hoo Kang. He was left alone with nothing.
One of the three original business partners, one of them had 3 daughters. But he was killed in a car accident. The last remaining business man who is now a chairman of the largest company in Korea adopted the three daughters and raised them like his own. Sin Hoo Kang found out about this, and decided to revenge them. His father was their partner also. But they never helped him.
More than 10 years pass…