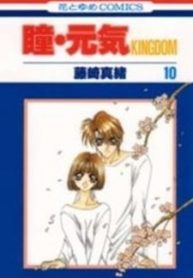 15 year old Imai Hibiki suffers from androphobia (fear of men). She was invited by the head of the Student Union, Kousaka Giou to live with him due to Hibiki’s apartment having been burnt down and Hibiki asked to move out. Giou had fallen in love with Hibiki at first sight which prompted him to invite her as well as find out why Hibiki gained a fear of men in recent times. From the time they met until the present, Hibiki had fallen into an untrustful and depressed state. What had happened to Hibiki and will she be able to trust another person again?
dropped by ShoujoMagic on 10-15-07