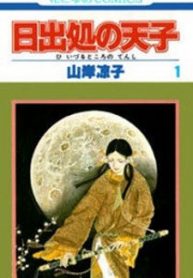 This is one of the most well-known titles by Yamagishi Ryouko. It shocked the public immensely when first published, because the story depicted how the legendary regent of Japan, Prince Shoutoku – who also supported the spread of the new religion; Buddhism – fell in love with a man, suffering because of it, and acting on his unrequited love. This is no ordinary shounen-ai manga, but its homoerotic theme is the biggest motivating force behind this convoluted story with complicated language and plot-line. ‘Hi Izuru Tokoro no Tenshi’ is regarded as a masterpiece in the manga world.
Hi Izuru Tokoro no Tenshi won the 1983 Kodansha Manga Award for shōjo.