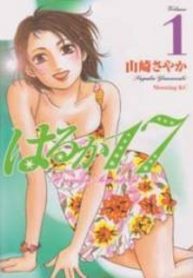 Haruka is about to graduate from a first-rate college and is looking for work but no one wants to hire her. Faced with the prospect of becoming a “shuushoku rounin” she finally lowers her expectations and decides to apply at a tiny talent agency for a job as an agent. When she shows up for the interview however, it’s like no interview she’s ever had before. She’s asked all sorts of embarrasing questions and asked to say lines in front of a camera.
Later she finds out that they thought she was interviewing to become a talent, and the agent position she wanted has already been given away. However, they think she has that special quality that can make someone a star. She refuses at first, but finally gives in. Thus starts Haruka’s career in the entertainment industry.

Avatar: The Last Airbender – The Search