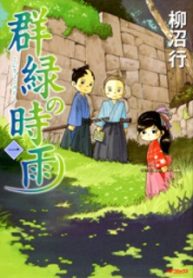 This manga takes place during the early Edo period. A 10-year old boy named Rintaro Nakatani was adopted into the Nakatani family when he was very young. His father was killed in the war, and his mother is very sick. Rintaro gets bullied because of the ugly rumors spreading about his father. He eventually gains friends, one of whom is a tomboy princess. While training to become a samurai, he always loses to her in the beginning.