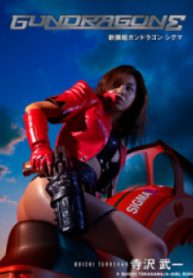 2030, the boundaries of spaces are officially opened. Visitors from different planets in the system are allowed to come to Earth. The government decides to limit trade to an artificial island of Dejima created off Okinawa. The encounter of species from other worlds creates tensions on the island. A special force, made up of humans and aliens, is created to maintain order in Dejima: the Dragon Gun. During a patrol, the officer Σ (Sigma) stopped a lorry carrying illegal goods. Inside is a Mumère, a species coming from a marine planet, which ends its life to protect a heavy secret. This is the beginning of a long investigation for the officer Σ.