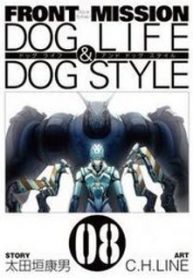 Adapted from the Front Mission games.
Huffman Island is a land split by an uneasy cease-fire between two major world powers, the USN (United States of the New Continent) and the OCU (Oceania Cooperative Union). The cease-fire has held for 20 years, but now tensions are mounting, and it looks like open war will break out again soon. Matsuda Akira has gone to join the on-site reporting team for NNTV. Are he and his colleagues really ready for the horrors they may face if they’re caught in the middle of a war?

The Dark Magician Transmigrates After 66666 Years