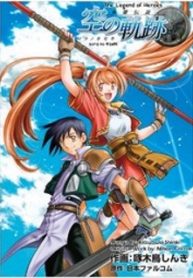 In the southwest area of the Zemulia Continent, one will find the tiny Liberl Kingdom, a small monarchy that has managed to defy all odds against attempts to overcome them during war. Liberl is split into five regions: Rolent, Bose, Ruan, Zeiss, and Grancel. In the city of Rolent, Cassius Bright has raised two children by himself, Estelle and Joshua. He taught them everything they know himself, and encourages them to sign up to become apprentices in the Bracers Guild. Soon after, however, he receives a letter and has to leave on business, leaving Estelle and Joshua to fend for themselves. While working, they receive notice one day that their father’s airship has gone missing. With this in mind, the two gear themselves up, and set off to find the ship and save their father. Of course, from there, nothing is at all like it seems. Few things are ever what they first seem to be in Zemulia, in fact.

Us, The End Of The World, And The Rest Of Our Life