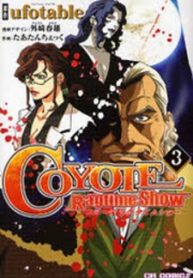 In 7 days planet Graceland is about to be destroyed. The planet, locked in a vicious civil war, has been threatened with termination by the Milky Way Federation.But hidden somewhere on the planet is an immense fortune placed there by the deceased Pirate King Bruce. Bruce bequeathed the fortune to his young daughter Franka, but she’s not the only one looking for the treasure.Now a race is on. Bruce’s daughter Franka along with the space pirate Mister and his band of coyotes must battle against the 12 SISTERs led by Madame Marciano. With only 7 days left it’s going to be one explosive treasure hunt.

Urara-Chan No Naka No Hito