Cohabitation with My Ex-Wife 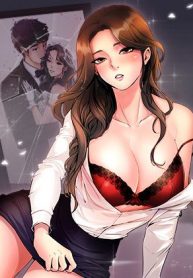 For the past two years, we have hurt each other multiple times. Different characters, finance issues, family problems, plus a lacking chemistry during sex. Ha Taeho’s married life with his wife Cha Gaeun wasn’t all fun and happiness, and thus, they are on their way to get their divorce. At that time, he made a final request to his wife. Little did he know, that this request would drastically affect their relationship…